I have invisible captcha set. Doesn't this mean there should be no captcha box shown?  It is still showing up. Perhaps I'm missing something.

This designed to work this way. The reCAPTCHA priority is higher, so it 'll display in any case.

The Invisible Spam Protection in the core of wpDiscuz. For an advanced antispam protection, we developed the wpDiscuz – Google reCAPTCHA add-on.

I have that add-on. I got it to avoid the pop of asking people to select buses or lights or whatever. I just want the check box. How do I do that?

You should know that the reCAPTCHA is the Google product and the checkbox as well as the other features (pop of asking people to select buses) are the part of that product. It's the working logic of Google reCAPTCHA, Sometimes it asks for that, sometimes not, it depends on your device and connection security. If you see that pop-up questions, it doesn't mean others also see that so often. The wpDiscuz Google reCAPTCHA addon only loads that Google product in your comment form but it can't control Google antispam logic. Nobody can stop that pop-up questions. If Google decides to show that,  then it shows that. There is no way to separate the checkbox and the pop-up functions. Checkbox exists always but the pop-up questions come only when Google decides to send it, when it suspects something. And I'm really sorry there is no way to stop them.

By default wpDiscuz has an invisible anti-spam protection too. However it'll be disabled once the wpDiscuz Google reCAPTCHA addon is installed. More info in wpDiscuz documentation: https://wpdiscuz.com/docs/wpdiscuz-documentation/settings/comment-form/#note_about_spam_protection

Oh I see. I thought they worked together.

I've disabled the Google reCaptcha plugin and have invisible catpcha enabled AFAIK and my comments are now asking a captcha. 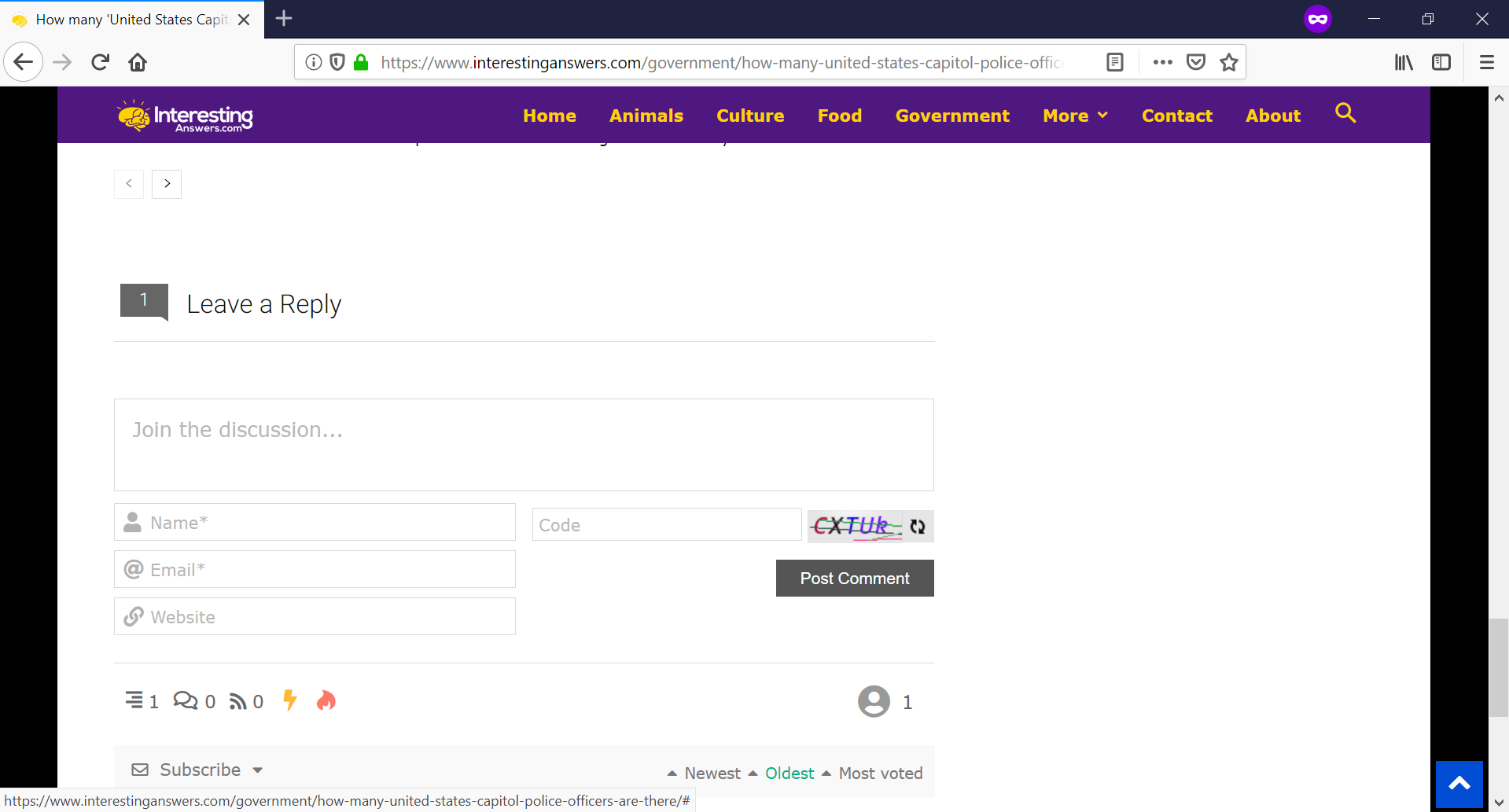 Or you can just to to  https://www.InterestingAnswers.com <.

Notice it looks like the native captcha and not Google's.

Here is a screenshot of my settings: 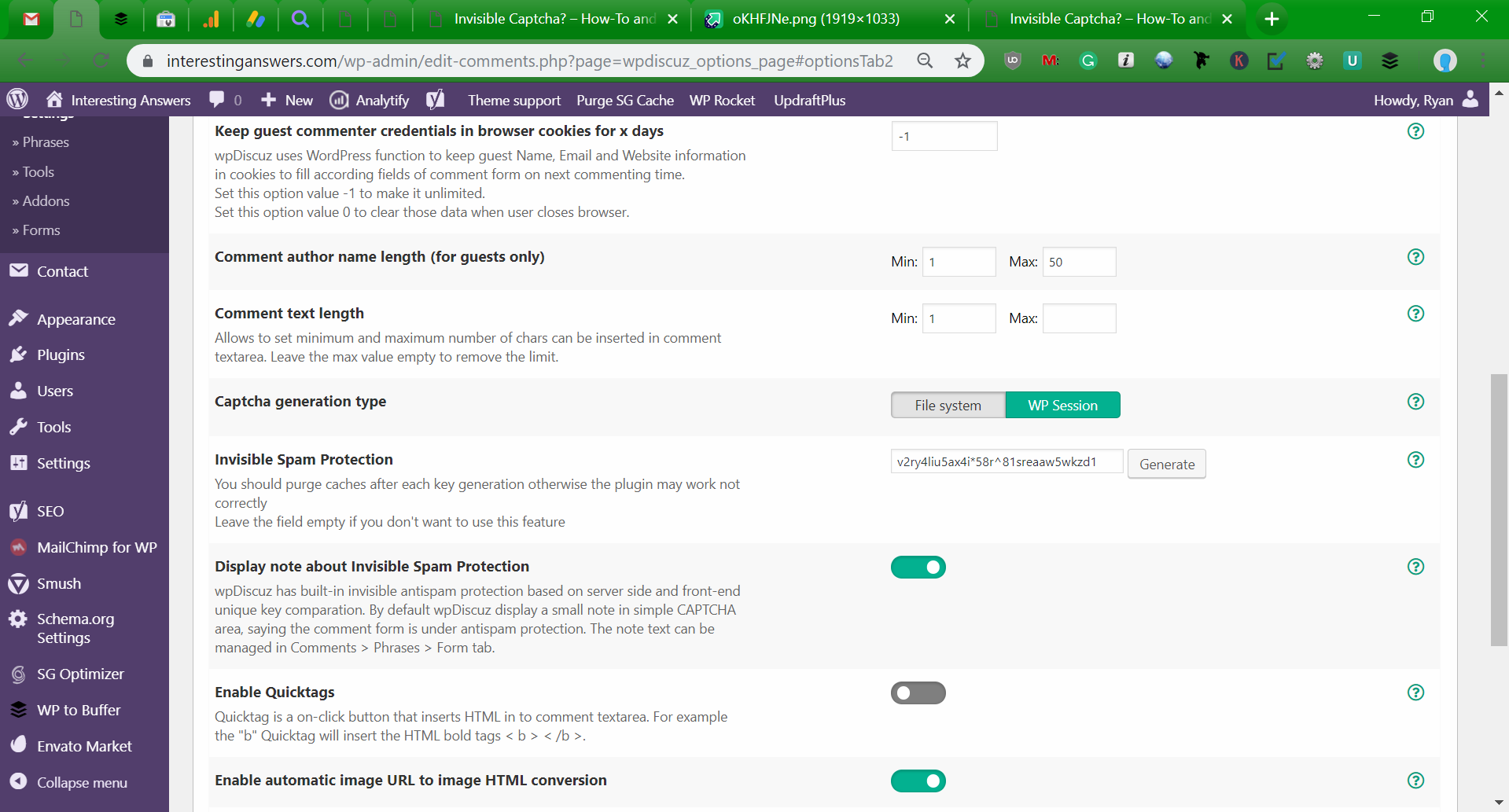 This is wpDiscuz Native Simple CAPTCHA. You should deactivate it. Please navigate to Dashboard >  Comments > Forms admin page, edit the Default Form. The CAPTCHA filed has an edit icon and option to disable it, just use them:

Ohhhh. in the form settings itself. Thanks. That did it.